Now that the weather is finally warming up, we’ve gathered together an interesting assortment of activities to keep you busy this weekend. Whether you love theater (and there is a lot of it to love this week), truffles (either the chocolate or the more savory kind), or just want to dance the night away to the sounds of Wham! and George Michael, we’ve got it all listed here for you.

Fertile Ground 2017 is a 11-day arts festival that is held every January in Portland, Oregon. This city-wide festival is focused on new work in the Arts. It features world premiere projects, staged readings, developing works, and a myriad of other arts events from the Portland creative community. The Festival includes dozens of Portland-generated new works each year. From fully staged world premieres, workshops and readings of theatre, to ensemble and collaborative driven work, dance, comedy, and film… This festival spans the spectrum of creative endeavor and seeds the next generation of creation through artist interaction. 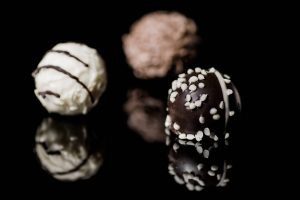 This is your chance to indulge in all variations of chocolate possible: blood orange bonbons, soft chocolate caramels, Thai chili truffles, sinful drinking chocolate, chocolate martinis and so much more!
ChocolateFest is a fundraiser for the World Forestry Center which produces ChocolateFest using its own staff and does not use an outside event services team. Therefore, 100% of the proceeds go right back to our mission of educating about the world’s forests, trees and environmental sustainability.

Now in its 12th season, the Oregon Truffle Festival kicks off with an exploration of the terroir of Yamhill Valley truffle and wine country, and concludes with the Joriad truffle dog championship event.
For more than a decade, the Oregon Truffle Festival has been the leading voice for a burgeoning American industry as well as an exciting culinary festival that sells out its popular dinners and tasting events year after year. From James Beard winning chefs to truffle industry experts to food journalists and food enthusiasts, dozens of renowned culinary personalities and industry players participate in the Oregon Truffle Festival every year. It’s the only event of its kind in the country, and the foremost wintertime culinary event in the Pacific Northwest.

This Friday’s 80’s Video Dance Attack will be paying tribute to George Michael, an infinitely talented songwriter and musician who passed away on Dec 25th. In addition to their regular 80s mix, we’ll be featuring videos from Wham! and George Michael solo throughout the night. 21+ only.

Every wonder why Astoria, Oregon is such an amazing place to visit? Adapted from the best-selling book by Peter Stark, this harrowing dual journey — one over land, one by sea — will tell you about the first “visitors” to this area with an exceptional cast of sixteen actors. Adapted and directed by Chris Coleman.