Apply to be a client
Home > Blog > Culture > From the Kitchen > Satsuma Marmalade
Happy #ZeroWasteFriday everyone!
As the winter season approaches, we’ve realized the abundance of seasonal fruit (such as satsuma’s) that often have bits and pieces that are thrown out!
We decided to use the peels of our satsumas to create delicious marmalade that will give a new flavor to both sweet and savory dishes. 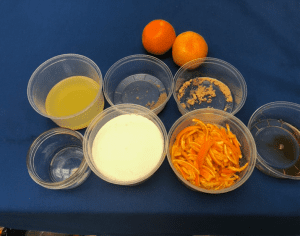 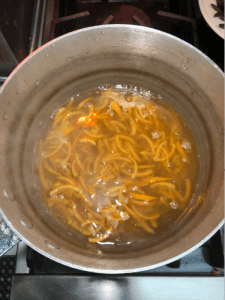 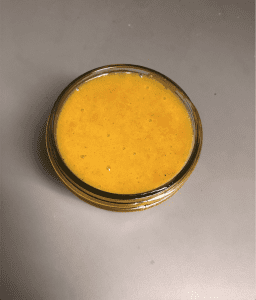 Satsuma Marmalade
Yield: 4 cups (enough for four 8-ounce jelly jars)
-6 cups of water
-1/2 cup of Meyer Lemon Juice (about 4 lemons)
-2 cups of satsuma peels, julienned (about 2 pounds of satsumas)
-1 pound of granulate sugar
-1/2 teaspoon ground ginger
-1 teaspoon ground cardamom
-1 teaspoon of vanilla extract
-1/2 package of pectin (optional)
1. In a large pot over medium heat, add water, lemon juice, and julienned satsuma peels. Bring to boil, then reduce to a simmer. Simmer for 40 minutes, until peels are broken down and the mixture is thickened.
2. Bring the mixture back up to a boil, then add the sugar, ginger, cardamom, and vanilla extract. Stir very often, until mixture reaches about 223 degrees F (this will take another 30 minutes to an hour). If your mixture can’t quite reach 223 degrees F, then use the half package of the pectin to thicken.
3. While the marmalade is cooking, sterilize jars in a water bath by submerging the jars in simmering water in a large pot lined with a jar rack. Keep in water for 5 minutes then carefully pull out with tongs and set upside down on a clean work space to dry.
4. Once the marmalade is done, carefully scoop it into the sterilized jars, leaving a half inch of headspace. Seal with lids and return to the water bath. Simmer for another 10 minutes, then remove.
5. Place the jars upside down on a dish towel on counter and allow to cool for several hours and up to overnight. If any lids don’t “pop” and seal, place those jars in a refrigerator. The others can be stored at room temperature for up to 6 months.
Chef Colton recommends that this marmalade pairs well with a meat and cheese board. Or would go well on top of a sweet dessert (such as ice cream).
To find more recipes like this one by Nick Wallace, make sure to get ‘Waste Not‘ by the James Beard Foundation.