Stahancyk, Kent & Hook has brought in two law clerks this summer to help our team and give them valuable experience before heading into the legal career world. We’re excited to introduce our newest members, Cara Compesi and Barbara Exley.

We took the opportunity to sit down with Cara and Barbara to get to know them better, find out about their plans for the future, and to see how they spend time outside of the office. 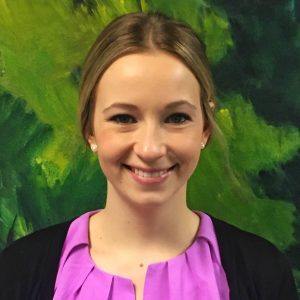 A Half Moon Bay, California native, Cara Compesi is currently a second year law student at the University of Washington School of Law, where she’ll finish her J.D. in December. When Cara receives her degree, she looks forward to focusing on family law.

What is your superpower?
Cara: That’s a tough one. I’ve always been extremely organized. Does that count?

What food do you avoid at all costs?
Cara: Well, I’m a pescatarian, so I don’t eat meat. Besides that, I stay away from almost all tomatoes.

While spending your time in PDX, how are you trying to “Keep Portland Weird”?
Cara: It seems that food trucks are the way Portlanders eat. I’m doing my best to find the most adventurous options when I’m headed to lunch.

You’ve been given an unplanned day off! What will you do?
Cara: Wow, what a nice surprise! I’ve been told there are quite a few outdoors activities within city limits. I’d probably start by exploring one of them, then make my way to one of Portland’s best restaurants and explore some of the nightlife. I’d also like to take a class at The Bar Method and do some interval training at Orange Theory Fitness.

Spin the globe. Where do you hope your finger lands for your next adventure?
Cara: I’d hope it lands on Greece. It’s a big draw for me because of its historical significance, the stunning architecture, and the picturesque scenery. 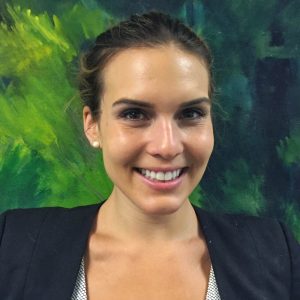 Presently a third year law student at UCLA School of Law and raised in San Francisco, California, Barbara intends to focus her attention on working with children and families once finished with law school.

What is your superpower?
Barbara: I have a glare that I learned from my grandmother that can send a chill down your spine. It’s like an icy glare that I use to tell someone to stop doing something, or let them know that they’re doing something wrong. I use it mostly on my friends and my boyfriend, but if a stranger is making me uncomfortable then I’m not hesitant to bring it out.

What food do you avoid at all costs?
Barbara: I used to love snacking on grapes and walnuts together. One day I realized that I couldn’t stand the texture of walnuts any longer.

While spending your time in PDX, how are you trying to “Keep Portland Weird”?
Barbara: Well, my boyfriend is a local Portland musician. He’s always wearing weird clothes and making heads turn when we’re around town. He’s fun, spritely, and quirky, so he probably keeps Portland weird enough for the both of us.

You’ve been given an unplanned day off! What will you do?
Barbara: The beach, no question.

Spin the globe. Where do you hope your finger lands for your next adventure?
Barbara: Gosh, a lot of places. In this exact moment, I would hope it would land on Paris so I could go to L’As du Fallafel in the Jewish Quarter. It’s hands-down the best falafel I’ve tried.