Apply to be a client
December 6, 2009
Tags: Lincoln High School 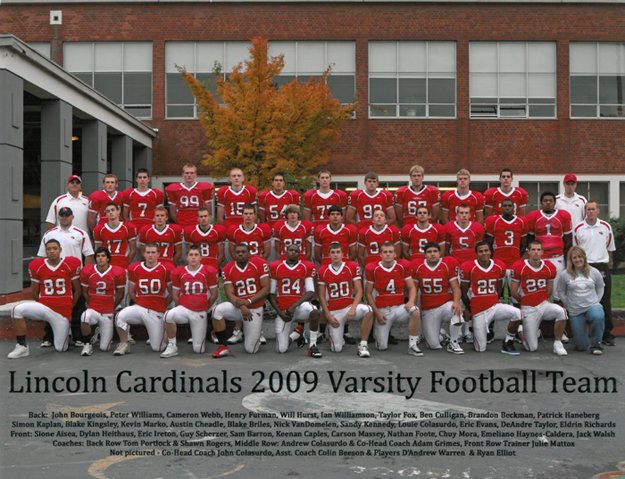 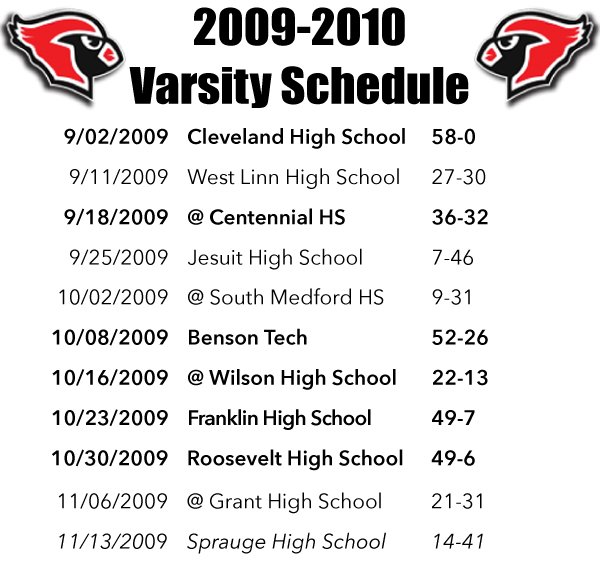 SK&H Cheered the Cardinals all the way to the Playoffs 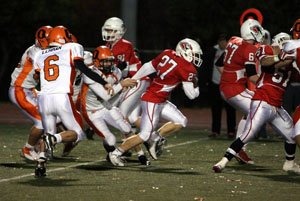 The Cardinals fought adversity in 2009, both on and off the field. The team pulled together to end with a 6-5-0 record, even after the head coach and two assistant coaches resigned early in the season. The entire Lincoln community rallied behind the football players during this difficult time, and the players themselves exemplified strength of character and leadership in how they represented their team, school, and community. SK&H stood behind our favorite team the whole way, supporting them in any and every way we could.

Knowing a thing or two about marching through adversity, Jody Stahancyk encouraged the Cardinals with her ritual pep-talks before every game. And of course, the Cardinals also feasted on Chef Javier’s famous pre-game mac and cheese. 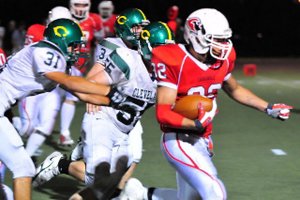 Championing the Cardinals gave our SK&H Summer Student Interns the opportunity to let their creativity shine while supporting other students in their athletic endeavors. The 2009 Student Interns designed water bottle labels, placemats, and motivational posters for every game in the 2009 season. The students also designed and printed trading cards for the Cardinals to collect, featuring NFL legends like Peyton Manning and Reggie White. The students picked quotes from each football great, specifically chosen to inspire the Cardinals to victory.

Persevering through difficult times, the Cardinals showed that it takes more than a little bump in the road to throw them off course, and SK&H was proud to stand behind them all the way!