House  Bill 2307 bans “conversion therapy,” which attempts to change or “convert” the sexuality of a person under the age of 18. 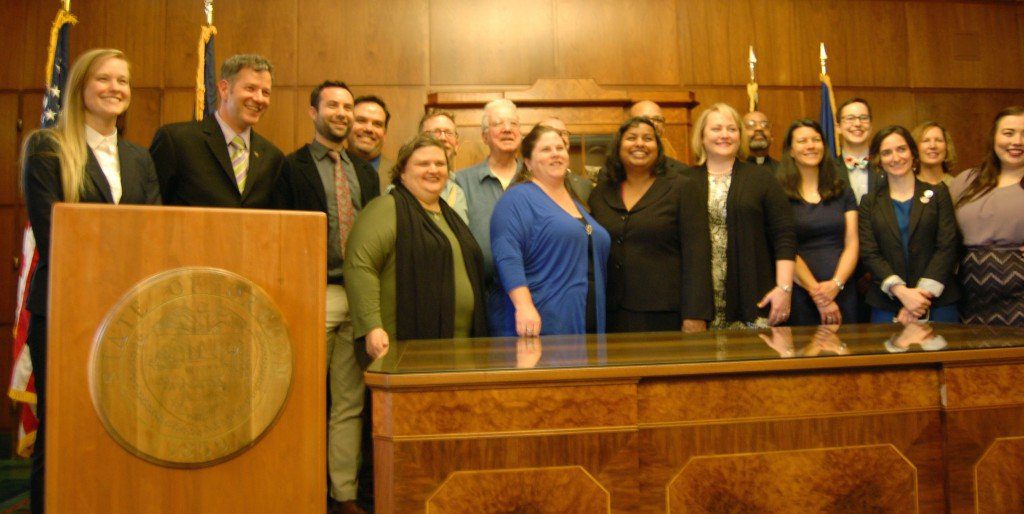 Basic Rights Oregon and supporters including Stahancyk Kent & Hook shareholder Laurel Hook joined Governor Kate Brown for Thursday May 21 for the signing of House Bill 2307 at the Oregon State Capitol.

Members of Basic Rights Oregon and the Oregon House and Senate celebrated the passing of this historic bill just over one year after Oregon Supreme Court Judge Michael McShane struck down the ban on same-sex marriage.