Happy 30th Anniversary to Jody Stahancyk! SKH is proud to wish Jody L. Stahancyk a very happy 30th anniversary! It was 30 years ago today that Jody opened her own law firm, Stahancyk & Associates, in Portland, Oregon. At that time, the firm was located in the 215 Morgan Building at 720 Southwest Washington Street. Jody graduated from the University of Oregon School of Law in 1973, and in 1986 she opened her own firm and established herself as one of the most accomplished lawyers in Oregon and the United States.

SKH salutes Jody Stahancyk on this auspicious occasion. Here’s to the first 30 years of entrepreneurship, and to many, many more! 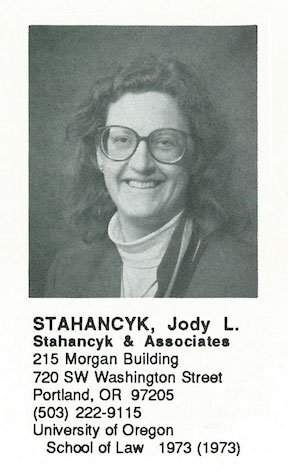