Thirty-five first responders and veterans were able to prepare simple and essential estate planning documents yesterday thanks to a Wills for Heroes event planned by SK&H shareholder Brad Miller and attorney Mercedes Rhoden-Feely. After attending a Wills for Heroes event in Portland earlier this year, Brad and Mercedes were inspired to expand access to this much-needed service. Working with the Jefferson and Crook County Bar Association, Brad and Mercedes spearheaded an effort to bring the program to Central Oregon and, on December 13, hosted an event at the SKH Prineville office.

The event was the first of its kind in this mostly rural area, underserved by the larger, metropolitan-based law firms in the state. In total, fifteen SK&H employees volunteered their time and expertise to help these heroes and their families prepare a Simple Will, Power of Attorney, Advance Directive, and HIPAA Release. Associate Attorneys Ken Goodin and Fred Schroeder helped to organize the team from the SKH Central Oregon office. After the event Goodin noted, “I was so glad to be able to help our community’s heroes with these indispensable documents. It’s the least I can do to give back.”

Learn about Wills for Heroes here. 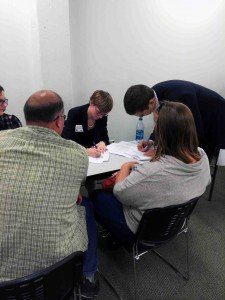 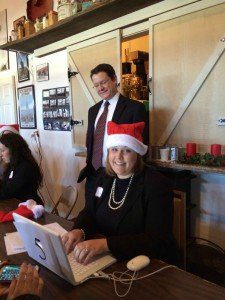