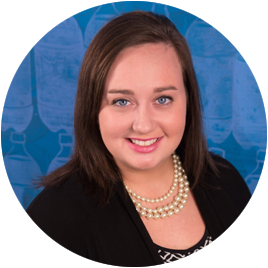 Anna Friedhoff is an associate attorney in our Portland Office.

Friedhoff started her career at Stahancyk, Kent and Hook back in June of 2012 while in the Bullpen of the Athena Building as a summer law clerk. At that time she was between her second and third year of law school. In December of 2013 she accepted a position to be an attorney upon completing the bar exam.

“I was one of the first people in my class to have a job offer,” said Friedhoff. “and I snatched up the opportunity to work for the firm.”

Between May 2013 and July 2013 Friedhoff came back to work as a law clerk part-time while studying for the bar. It was August 1st, 2013 when she began working full time after completing the bar exam. In September she was promoted to Attorney after her bar results were in and she has been with SK&H ever since.

“I’ve told this story many times,” said Friedhoff, “but the first time I met Jody on June 4th, 2012 she said, ‘today you join an NBA all-star team, and we win every game.’ That is something that I will never forget, and I aspire to live up to that goal every day.”

Anna Friedhoff is a terrific attorney and SK&H is proud to have her. Congratulations on three years of hard work Anna!