Yesterday, Laurel Hook and Anna Friedhoff attended Ainsworth School Career Fair. There, they gave a presentation to a group of students ranging from Kindergarteners to fifth graders about the work lawyers do.

Laurel Hook and Anna Friedhoff gave an innovative presentation to students at Ainsworth Elementary School’s Career Fair in which they used Goldilocks and the Three Bears to illustrate how courts make decisions and the role attorneys play in the process. They read the story with the kids and then had them split into two teams. One team argued that Goldilocks was rude for eating the porridge, while the other team was tasked with defending Goldilocks. After each side presented their arguments, the group reconvened to discuss the decision making process and the role of the attorneys. The response from both students and teachers was overwhelmingly positive. 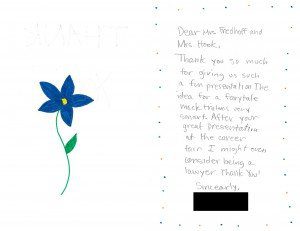 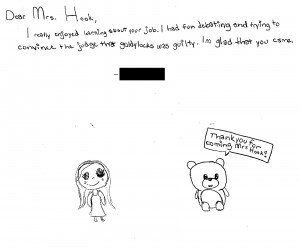 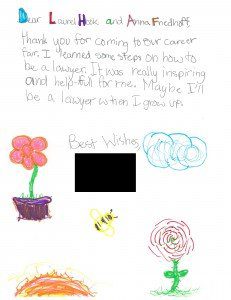 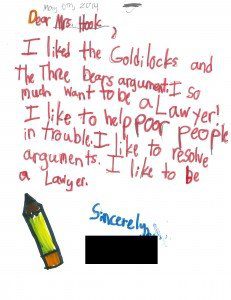 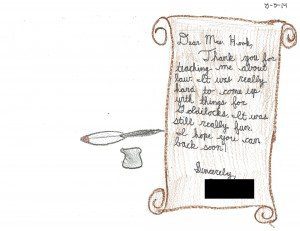 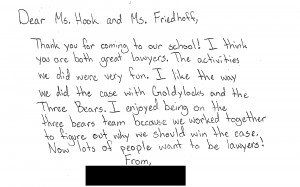 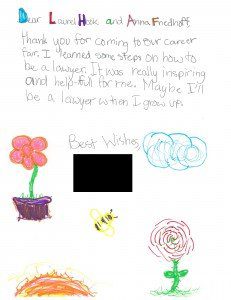 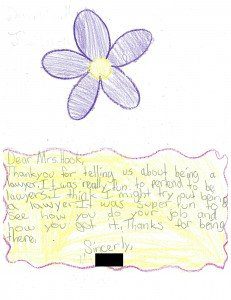