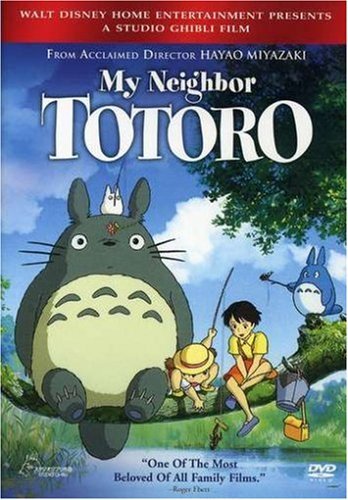 With spring break around the corner, this is a time when parents must think up of all sorts of activities for their kids. At this point, I’m sure a few movies on your shelf have been watched ad nauseum, so here are a few lesser-known movies that kids and parents can enjoy as a change of pace.

There is no better movie to get your kids interested in old cinema than this 1938 screwball comedy starring Katharine Hepburn and Cary Grant. Grant plays a mild-mannered paleontologist who gets mixed up with free-spirited Hepburn the day before his wedding. She convinces him to come to her house to care for a tame leopard she has just acquired, at which point hijinks ensue. While there is plenty of snappy dialogue, there is also enough physical comedy, music, dinosaur bones, and adorable animals to entertain the kids.

The great Japanese animator Hayao Miyazaki just completed his final film last year, so pay tribute to this master by watching his 1988 masterpiece. The story concerns two young girls, Satsuke and Mai, who move to a new country home while their mother recovers from a long-term illness. However, their new home is in a magical forest where they encounter fantastical creatures called Totoros who lead the girls on enchanted adventures that help them understand realities of life. Your kids will fall in love with the beautifully animated creatures and be wowed by the magical realm Miyazaki creates. While this movie is a favorite of kids everywhere, really any movie from Miyazaki is an entertaining choice.

Brad Bird, creator of The Incredibles and Ratatouille, created this overlooked gem in 1999, just before he left Warner Brothers to join Pixar. Set in 1957 during the height of the Cold War, this film begins when an enormous iron robot from space crash-lands in the dense woods of a small town in Maine. A young boy named Hogarth discovers the robot and, after some initial fear, befriends him. With the help of a beatnik named Dean, Hogarth tries to hide the robot from concerned military officers who wish to destroy it out of Cold War paranoia. At its core, the film is a movie about friendship, with an ending that will have kids and parents feeling the tug of their heart-strings. Evoking the era, the gorgeous animation makes the entire film look like a Norman Rockwell painting.