Apply to be a client
Home > Attorneys > Jody L. Stahancyk

Jody Stahancyk has earned her reputation as a strong woman with a generous heart, a formidable opponent in the courtroom, and a pillar of her community. She began her legal practice in 1973 as a Multnomah County Deputy District Attorney, where she successfully prosecuted for six years. In 1979 she was appointed as the pro tem judge for the Multnomah County Juvenile Court, where she sat until 1982. After this appointment, she spent a year as an Assistant Oregon Attorney General in the Consumer Protection Division. From 1983 until she began private practice in 1986, Jody was a full-time mother and wife. In 1986, Jody founded this firm and has continued making innovative and creative advances in the area of divorce and family law to this day. She prides herself on creative solutions to difficult problems in every area of her work. Stahancyk, Kent & Hook has grown from one office in Portland to include offices in Bend, Prineville and Astoria, Oregon and Vancouver, Washington. SK&H is one of the leading divorce, family law, and estate planning firms in the Northwest.

Jody is a member of the Oregon State Bar as well as a member of multiple local bars where she has served on many committees. Jody regularly lectures at continuing legal education seminars and various Oregon colleges and law schools.

Jody is currently the President of the Board of Directors at Child Centered Solutions, a non-profit organization she founded, and has previously served on the boards of Children’s Relief Nursery, the Parry Center for Children, Boys and Girls Club, Children’s Charity Ball, Lutheran Family Services (now Lutheran Community Services), and as a Trustee of Linfield College.

Jody is a loyal fan of Portland State University Women’s Basketball and values the close relationship the firm has with the team.

Learn from the best

Jody compiled extensive materials to provide helpful advice to people in the legal field. This ‘Jody Style’ material packet has become an instant classic for anyone seeking to expand his or her interpersonal, presentation, marketing, and legal (the list goes on) skill set. Peruse it here and find yourself learning information you had no idea you didn’t know.

See Jody on The Today Show. 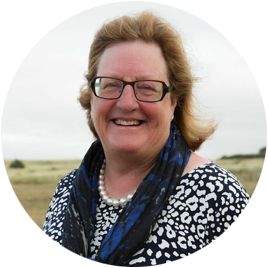